2018 SPEAK UP FOR RESEARCH HONORED GUESTS

For 2018 the Thompson Award was given to Dr. Martin (Casey) Childers.  The Alvord Award was given to Paul Frase and Alison Rockett-Frase.  Whilst they received separate Awards, Martin, Paul and Alison were recognized for their partnership in developing a genetic treatment for the debilitating and fatal disease Myotubular Myopathy. Their incredible and moving story epitomizes what passionate parents, working with brilliant and dedicated scientists, can achieve.

2017 SPEAK UP FOR RESEARCH HONORED GUESTS

THE PRIDE FOUNDATION ON BEHALF OF RIC WEILAND AND HIS FAMILY.

Ric Weiland was the number two staff member at Microsoft and a very careful planner.  Mr. Weiland knew that he wanted to use the wealth that he was able to accrue during his life time to make a difference for LGBTQ communities.  He did an immense amount of research and found many organizations and non-profits working in the areas that he knew to be important.  These issues included same sex marriage and building the LGBTQ movement.

Mr. Weiland also knew that for some organizations too much money could cause as many problems as too little.  Because of this concern, in his estate planning Mr. Weiland made his largest gift, a bequest of $170m, to Pride Foundation.  Mr. Weiland trusted Pride Foundation to give life to his bequest by gifting these funds in turn and in a planned way to ten organizations that he had identified that were making a difference to LGBTQ communities.

It is hard to overestimate the impact of these gifts.  In the space of the eleven years since his death, there have been huge improvements for the LGBTQ community on multiple fronts.

This award is being given especially though for the work that these gifts inspired around finding a cure for HIV.  These funds have been used by both Fred Hutch and OHSU to better understand HIV and ways to prevent and cure this disease.

These funds were also used to help launch "Countdown for a Cure",  a project that aims to raise $100m for cure research.

DR. STEVE REED THE FOUNDER AND CEO OF THE INFECTIOUS DISEASE RESEARCH INSTITUTE. 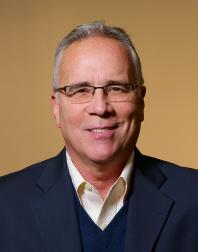 As NWABR's founding president, Alvin J. Thompson, MD helped bring together diverse stakeholders from across the research spectrum as an integral part of our organization’s formation and leadership.  It was crystal clear back then that there was a need for the biomedical research community to be able to compellingly articulate the benefits achieved for the wider community. Dr. Thompson was a diplomat and proud member of the Institute of Medicine who remained active in this organization until his passing in May 2012, and who generated trust and respect in both the medical and broader community.

The Alvin J. Thompson Award was established in 2002. Recipients of this Award have achieved high standing in the life science research community. They are known for, or engaged in, cutting edge research, and have demonstrated a commitment to ethical research practices and the advancement of public trust in research. Notable recipients of this Award include Lee Hartwell, King Holmes, Bryan Druker, Francis Collins and Cynthia Pekow.

The 2017 recipient of this Award is Dr. Steve Reed the CEO and Founder of the Infectious Disease Research Institute (IDRI). His academic appointments include Professor of Medicine at Cornell University Medical College in New York and Research Professor of Pathobiology at the University of Washington. He serves on several editorial review committees, has served as a member of the Tropical Medicine Review Board of the National Institutes of Health, and has served as a member of diagnostic and vaccine steering committees of the World Health Organization.

Steve received his PhD in Microbiology and Immunology from the University of Montana in 1979. That year he was appointed as Scientist of the National Institute of Amazon Research in Manaus, Brazil, where he directed research on tropical diseases. Steve joined Cornell University Medical College in 1980 as Assistant Professor of Medicine, continuing to work in Brazil as manager of the Cornell-Bahia program in International Medicine. He joined Seattle Biomedical Research Institute in 1984 where he worked until founding IDRI in 1993.

Steve's research interests have focused on the immunology of intracellular infections, and on the development of vaccines and diagnostics for both cancer and infectious diseases. He led the team that, together with GSK, developed the first defined tuberculosis vaccine to advance to clinical trials, and has developed the first defined vaccines for leishmaniasis, as well as the K39-based diagnostic tests currently licensed for leishmaniasis.

Steve has more than 250 original publications, 40 book chapters and reviews, and 105 issued patents on diagnostics, vaccines, and therapeutics of infectious diseases and cancer.

IDRI is approaching tuberculosis, which recently surpassed HIV as the world’s leading killer due to an infectious disease, in two ways:

IDRI’s TB vaccine candidate has been designed by IDRI scientists to recognize both active TB (when a person has TB disease, is infectious and is suffering from symptoms of the disease, such as fever, coughing and weight loss), and latent TB (when a person is infected with M. tuberculosis but is not symptomatic and is not infectious). The candidate, ID93 + GLA-SE, is composed of a recombinant fusion-protein antigen plus IDRI’s proprietary adjuvant, GLA-SE, and has been previously tested in humans. Conducted in the U.S., the first phase 1 trial assessed the safety, tolerability and immunogenicity of the vaccine in 60 healthy adult volunteers with no prior exposure to BCG or M. tuberculosis. The second Phase 1 clinical trial was conducted in South Africa in 66 healthy volunteers, who were BCG vaccinated, with or without latent infection with M. tuberculosis. Both studies showed that ID93 + GLA-SE is safe and elicits a multi-functional immune response. The vaccine is intended to boost the immune response elicited by BCG, and could be used both to prevent TB infection and as a post-exposure vaccine.

IDRI’s vaccine candidate has also shown additional potential advantages, including efficacy against both drug-resistant and drug-sensitive strains of M. tuberculosis in animal studies and has also demonstrated efficacy in drug-shortening regimens.

Currently the vaccine is in a Phase 2a trial in South Africa to clinically assess the ability of IDRI’s vaccine candidate to reduce TB recurrence after treatment. Even after successfully completing an anti-TB treatment regimen, patients may succumb to TB again, thereby threatening TB control programs by promoting spread and drug resistance. Prior Phase 1 clinical trials have shown that IDRI’s TB vaccine candidate boosts immune responses that may protect against TB recurrence.

Researchers in IDRI’s Tuberculosis Discovery program reached an important milestone: they have now screened more than half a million compounds, continuing the identification of new leads and drug targets for tuberculosis with the ultimate goal of producing new drugs to treat TB. IDRI is a founding member of the Lilly TB Drug Discovery Initiative – headquartered at IDRI – and the TB Drug Accelerator (TBDA). The Lilly initiative is a unique public-private partnership with Eli Lilly and Company and the National Institute of Allergy and Infectious Diseases (NIAID), part of the National Institutes of Health (NIH), with a focus on the discovery of new anti-tuberculosis drugs. The TBDA was founded as a partnership of seven pharmaceutical companies and five other organizations, funded in part by the Bill & Melinda Gates Foundation, to target the discovery of new TB drugs by collaborating on early-stage drug discovery for tuberculosis.

Phil and Penny Knight, the Oregon Health and Sciences University and the community of Oregon.

Ric Weiland and the Pride Foundation

Mario R. Capecchi, PhD
Professor of Human Genetics and Biology, University of Utah School of Medicine
Recipient of The 2007 Nobel Prize in Physiology or Medicine

REGENERATING THE HEART: DR CHARLES MURRY'S LAB IS DEDICATED TO RESTORING QUIALITY OF LIFE TO THOSE IMPACTED BY HEART DISEASES THROUGH THE USES THE POTENTIAL OF STEM CELLS TO REPAIR DISEASED HEART TISSUE.

The 2017 recipient of this Award is Dr. Steve Reed the CEO and Founder of the Infectious Disease Research Institute (IDRI).