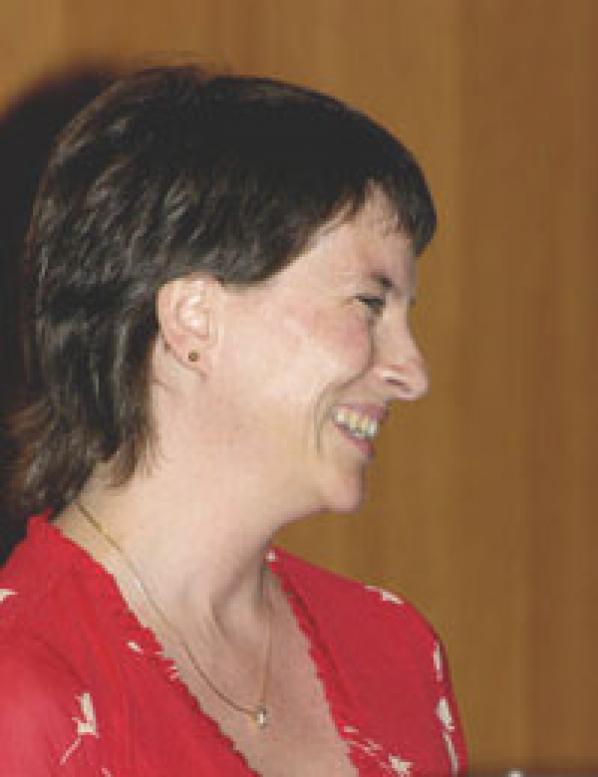 Surviving cancer is considered by many to be a heroic accomplishment. Becoming a hero is not as glamorous as it is cracked up to be. Consider the beagles who saved my life.

My nightmare encounter with cancer began seven and a half years ago; the day I was diagnosed with Acute Myologenous Leukemia (AML). Three months after delivering a healthy baby boy, I began to feel weak and extremely tired. I had spotty vision, pain in my back and shoulders, a rash on my lower legs and bleeding gums. Family and friends tried to reassure me these symptoms were consistent with a newly post-pregnant woman, desperately trying to resume an active, fitness-oriented lifestyle. Our family doctor's diagnosis of AML came as a shocking affirmation of my worries. Surprisingly, dealing with this diagnosis gave me strength and courage I didn't know existed in me. I was going to live. My son needed me.

I was immediately admitted into UWMC, and the seriousness of my situation quickly deepened. My leukemic cells were so numerous that my chances for surviving even that first day were minimal. The treatment I initially received helped to lower the number of the leukemic cells in my blood, and became the first of many small triumphs in my battle to survive.

Over the next few months, I was subjected to the horrors of chemotherapy, radiation and an intense inpatient stay of over 30 days for each treatment. Luckily, however, I achieved a state of remission. I was now on course for a bone marrow transplant at the Fred Hutchinson Cancer Research Center. My sister Amanda was my marrow donor, and with the help of my family and the medical staff, the transplant was a success. I was released on Christmas day. This marked the beginning of my life as a cancer survivor. In addition to the gratitude I shall always feel toward my doctors, the researchers and my sister, who together saved my life, I am reminded anew of a related debt that also can never be repaid; to the many beagles who contributed to enormous advances in cancer treatment.

Ironically, I had met some of these beagles myself years earlier, when I got my first job at the University of Washington. I provided care for the research animals in the lab. During one short period, seven beagle puppies were in my care. I love dogs and especially puppies! One by one, the puppies disappeared. I knew why. When I look at my son and see the smile on his face this Christmas when he sees his new puppy, I have only to thank the beagles that saved my life.